Tenn. Code Ann. 36-1-102(48) neither permits nor prohibits surrogacy, but merely defines it.  Pursuing, pursuing surrogacy in Tennessee can be a complex process.

Although the following guide can give you a better understanding of the general rules and regulations of surrogacy in Tennessee, it is not meant to be used as legal advice. It is important to consult with an experienced attorney to guide you through your unique journey.

Below is a list of some of the most frequently asked questions about surrogacy in Tennessee. 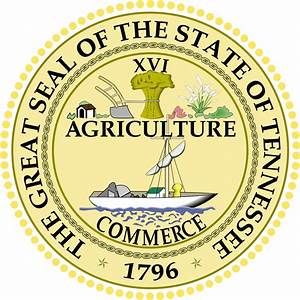 Is Gestational Surrogacy Legal in Tennessee?

Yes. Gestational surrogacy is permitted in Tennessee because no statute or published case law prohibits it.  However, as mentioned above, pursuing surrogacy in this state can be a complex process.  A pre-birth order is only possible when at least one of the intended parents shares a genetic connection with the child. Only the genetically related intended parent will be named on the parentage order; the non-genetic intended parent will be required to complete a second-parent or stepparent adoption after the child is born.

Is Traditional Surrogacy Legal in Tennessee?

Is Compensated Surrogacy Legal in Tennessee?

Yes. Compensated surrogacy is legal because no statute or case law prohibits it.  This is something that is established when the surrogacy contract between surrogates and intended parents is drafted.  In addition to their base pay, surrogates are compensated for their time, the medical risks they accept, and the list of expenses below:

There are no state regulations that address the process of creating a surrogacy agreement in Tennessee.  However, intended parents and their surrogate must be represented by separate surrogate attorneys to ensure that both parties’ rights and interests are protected.

These attorneys will negotiate an agreement that addresses at least the following:

Once the contract is signed by parties and executed, the medical process of surrogacy can begin.

A pre-birth order is only possible when intended parents are completing a gestational surrogacy and when at least one of the intended parents shares a genetic connection with the child.  Only the genetically related parent will be named on the parentage order. The non-genetic parent will be required to complete a second-parent or stepparent adoption after the child is born.

Q: Is Same-Sex Surrogacy Legal in Tennessee?
A: Yes. Same-sex couples and LGBT+ intended parents have the same legal rights and will experience generally the same surrogacy process as opposite-sex couples, with the exception of likely requiring an egg donor or sperm donor to complete the IVF procedure.

Q: Are There any Additional Laws Impacting Same-Sex Parenting in Tennessee?
A: No. There are no additional laws impacting same-sex parents in this state.

Q: Are Surrogacy Contracts (Whether Compensated or Altruistic) Enforceable in Tennessee?

A: Since Tennessee does not have a statutory rule on this, there is not a specific set of guidelines for when a Tennessee judge may uphold the validity of a surrogacy arrangement. However, since a surrogacy contract is like any other legal contract, it is presumed that the contract would be enforceable but it is important to consult with an attorney to assure that this is the case in your unique situation.

Q: Are There Any Particular Laws for Parents Outside the United States Who Complete a Surrogacy in Tennessee?

A: No. International intended parents are subject to the same surrogacy process as domestic intended parents. It is important, however, that Intended parents from another country speak with an immigration lawyer to ensure they follow the proper legal steps for taking their child home.

Q: When do Intended Parents Need to Complete an Adoption After Birth?

A: A post-birth adoption will be necessary when only one or neither parent is genetically related to the child.  However, only married intended parents can file for adoption in Tennessee because the state only allows for stepparent adoptions and does not permit second-parent adoptions.

Stepparent adoptions are permitted and are available to married couples.

Q: What Happens in Cases Where Intended Parents use a Donor Egg, Sperm or Embryo?

A: If neither parent nor a single individual has a genetic connection to the child born via surrogacy, it may be viewed as an adoption in the eyes of the law, which comes with additional legal restrictions and regulations. One of the parents of the child born to a gestational carrier must be the genetic parent of the child to protect the intended parents’ rights.

This is a copyrighted document and therefore protected by the copyright laws of the United States. Violation of these laws is a punishable offense under the US Copyright laws and, depending on the method of transmission, under the Digital Millennium Copyright Act. Any retransmission or use of this document or any map herein is expressly prohibited without prior and express authorization of SurrogateFirst Corp.
SurrogateFirst Corp. is not providing legal advice to users of this website, nor does use of any of the maps or summaries on this website constitute or create any attorney-client relationship between SurrogateFirst Corp. and users of this site.

This website is not intended to substitute for consulting with legal counsel in the appropriate local jurisdiction. SurrogateFirst Corp. makes no warranties that the information on this site is current, accurate, or that favorable results that have been obtained in prior cases will be obtained in future cases.

Please advise us of any state law updates at info@surrogatefirst.com.